Prosecco DOC Rosé is an Italian Sparkling Wine that has been available on the market since November 2020. The new sparkling wine, which maintains the freshness and versatility of Prosecco, is produced with a blend of Glera (85%) and Pinot Noir (15%). The grapes of the well-known international grape contribute to giving this Prosecco its characteristic pink color and greater aromatic complexity.

Pink Gold is a Prosecco Doc Rosé Brut, created by Bottega to offer consumers a premium version of the new Prosecco rosé.

The cultivation of Glera and Pinot Noir grapes, used for the production of Pink Gold Prosecco Doc Rosé Brut, extends over the Prosecco DOC area. This area is characterised by a mild climate and clayey soils of alluvial origin, rich in minerals, ideal conditions for expressing the best properties of the Glera and Pinot Nero vines. The grapes are harvested when sensory analyses carried out in the vineyard on the berries show a natural acidity and good minerality (induced by the soil). As the two varieties have different ripening times, they are vinified separately.
The Glera grapes, harvested in mid-September, are destemmed and gently pressed. The first fermentation takes place in steel tanks after the addition of selected yeasts. The Pinot Noir grapes, on the other hand, are harvested at the end of August and then destemmed and gently pressed. In contact with the skins, pre-fermentative maceration takes place for about 12-16 hours to extract the colour. The must is then separated from the skins and fermented at a controlled temperature.
The two wines obtained, together with a percentage of Glera must, are then blended and re-fermented according to the Martinotti method, also known as Charmat, at a controlled temperature of 15-16 °C. The re-fermentation period has an average duration of over 2 months.

Bottega Pink Gold is characterised by a brilliant mother-of-pearl pink colour and a fine and persistent perlage. The bouquet has complex notes on the nose with distinct floral scents (jasmine, elderflower and rosebud) and fruity hints of pear and white peach. It is enriched with spicy and underwood notes on the finish. Fresh and slightly savoury, on the palate it reflects the complexity of the nose scents. Pink Gold Prosecco Doc Rosé should be served in flute glasses at a temperature of 5/6° C.

Excellent as an aperitif accompanied by mixed Neapolitan fried food, it is a wine for the whole meal that goes well with cold dishes of raw fish (tartare and carpaccio), with radicchio and sausage risottos, second courses of meat and fish not too elaborate as a pork fillet with vegetables or baked redfish with potatoes.

Pink Gold Prosecco DOC Rosé Bottega is contained in a sophisticated bottle with a sinuous shape. The suggestive packaging is enriched by the unmistakable livery, made with an exclusive metallization process, thanks to which the light pink colour becomes an integral part of the external surface of the glass. The glitter that covers the label and the capsule give the bottle an even more glamorous touch.

The finest quality in Grappas

Bottega Grappa varieties come from a selection of the most prestigious distillates produced with selected pomace, from vines and blends originated in Italy’s most renowned winemaking areas.

Grappa is the most ancient and traditional distillate in Northern Italy and in every bottle of Bottega Grappas is a symbol of man’s talent and passion: it is the heritage of peasant experience and wisdom, which transformed a solid raw material into a transparent, crystal clear liquid, rich in diverse organoleptic sensation.

Attention and care for the raw materials are the first and most important steps for the production of these Bottega Grappas, without forgetting the meticulous distillation process, respectful of the most ancient traditions. The resulting Grappa thus preserves the organoleptic qualities of originary grapes and it is characterized by a strong aromatic intensity and a pleasant, powerful, vigorous and elegant taste.

Grappa Riserva Privata Barricata has its origin in a reserve of Amarone grappa. Distilled from fermented grape skins used in the production of the prestigious Amarone della Valpolicella wine, it is the result of the passion and expertise of masters distillers, who transformed a solid raw material into a liquid with an exceptional organoleptic profile. The subsequent long aging in wood confers its typical amber color and enriches the bouquet, creating a captivating and intriguing grappa which pleases even the palates of the most refined connoisseurs. 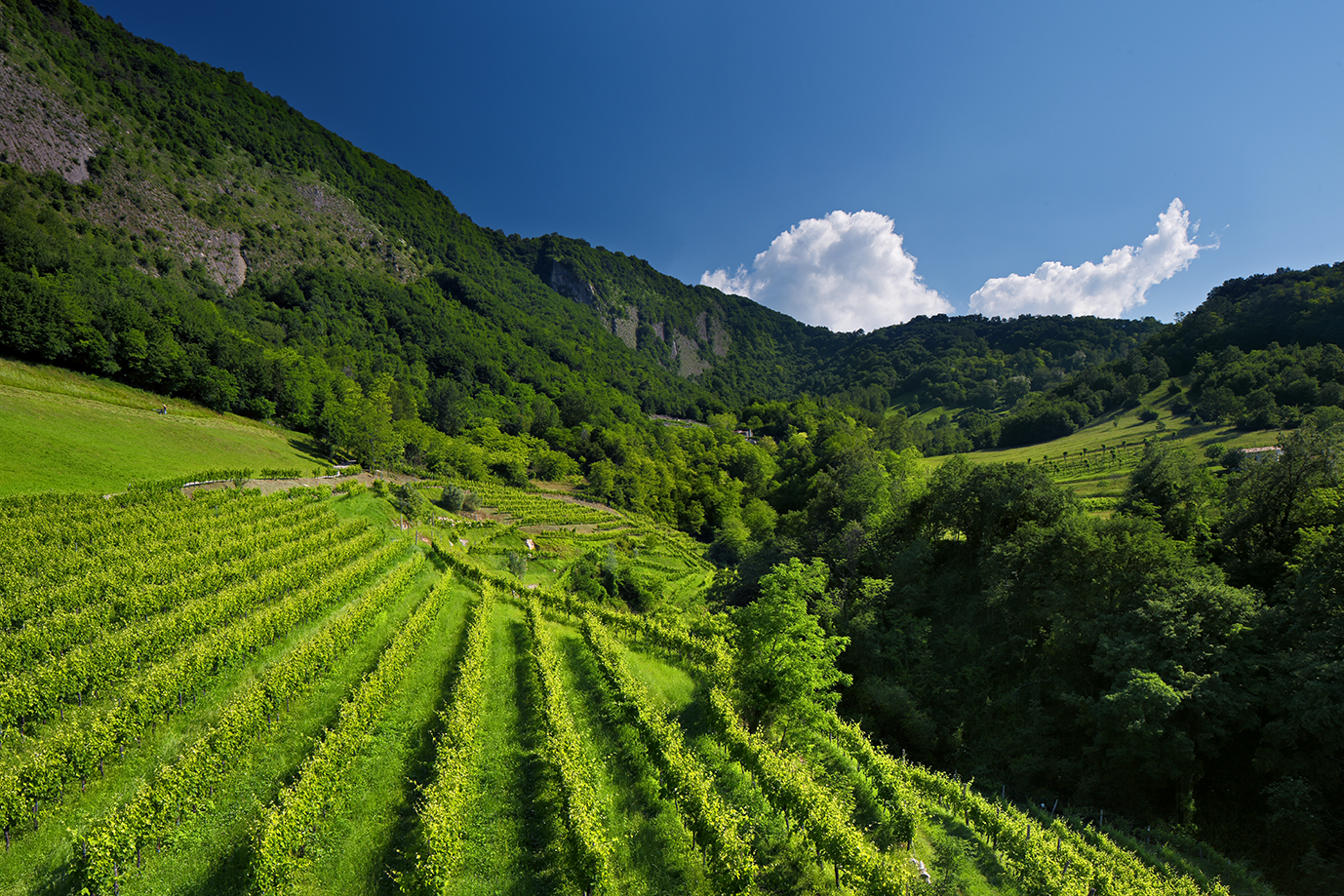 Four centuries of passion for viticulture.
Bottega has a history of four centuries in the world of wine and grappa. Since the 17th century, when our ancestors cultivated the vine as tenant farmers, up to now, with Bottega grappa and liquors being appreciated all over the world.


Today
Bottega wines and liquors received over 350 prizes and awards, can be found in more than 150 countries and in the most important duty-free shops and airlines. Since 2017, Bottega Gold is the second best-selling sparkling wine in travel retail according to the IWSR rankings.

2014
On 25th January 2014 Bottega opened its first Prosecco bar, on a Viking Line ship in Scandinavia.

2007
Distilleria Bottega moves to Bibano di Godega di Sant’Urbano, 50 km from Venice, near Conegliano Veneto. The premises is located in a big 17th-century farmhouse among 10 hectares of vineyards, renovated according to state-of-the-art environmental criteria.

1992
In the sign of family tradition, Il Vino dei Poeti Prosecco Spumante is created. The winery is added to the distillery, bringing the company into the wine market.

1983
After the founder’s death, his son Sandro became the company director, with the support of his sister Barbara and brother Stefano. In a few years Distilleria Bottega started to get known thanks to an innovative distillation system and to the reduction of alcohol content in grappa, which made it softer and more delicate.

1977
In 1977 Aldo Bottega, together with his wife Rosina, founded Distilleria Bottega in Pianzano di Godega (province of Treviso).

50’s and 60’s
Expanding his father’s passion to grappa, Aldo Bottega developed creative technical innovations, like the first monovariety grappa. His inner entrepreneurial spirit lead him to establish his own distillery.

20’s
Domenico Bottega was a wine trader. Passionate oenologist, he could easily identify the best grapes in the vineyard.

'600
Bottega “forefather”, Andrea, in 1635 cultivated the vine in one of the world’s most beautiful places: the hills near Molinetto della Croda in Refrontolo. Bottega were originally tenant farmers for the Counts of Collalto; when they managed to gain their freedom, they started farming their own lands.

Company information as a PDF file