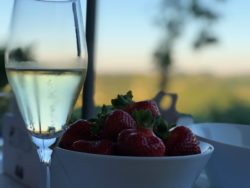 High-resolution image stock can be found in our photo database in the "Press Service" section of https://www.prowein.de/1200.