There is no question that climate change affects us all and influences or should influence all our lives. But what role does it play in viticulture?

Floods in Burgundy and Tuscany, fires in Australia, storms in the Cape – the headlines are full of such gruesome news. This raises the question whether these are recent phenomena or whether they have always existed? 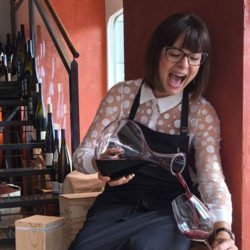 In South Tyrol, the price per m² increases tenfold from locations at 800 metres altitude to 1200 metres or more. Demand is growing and growing, and buying a plot of land seems almost unaffordable. If the slope then still lies to the east instead of south, then it is no longer possible for one generation alone to even earn this price. Altitude is more in demand than ever.

And this not only applies topographically but in terms of latitude too. For example, a curious Swede began planting vines above 59 degrees latitude more than 20 years ago. From Zinfandel to Riesling and Müller-Thurgau, he cultivates his vineyard on rocky ground. The soil radiates the warmth and also drives the ripening process. His neighbours still laugh at him but the analytical values show that the Oechsle degrees have been slowly rising on the scale over the past ten years. Old vineyard maps show that wine was also cultivated in England, Poland and Schleswig-Holstein in the 13th and 14th centuries. But then the so-called Little Ice Age struck Europe and the areas shifted further and further south.

Can one speak of a trend reversal at this point in time, where wine is being grown on Sylt and already in the southern part of Norway? The number of hectares in Great Britain has almost doubled from 2015 to just under 3,600 hectares today. Spain abandoned about eight percent of its wine-growing areas in 2018. Italy's areas in the south are also declining. This is certainly not solely due to climate change, but the extreme weather conditions and higher temperatures are making it more and more difficult.

I have asked around about this in my homeland, the Lake Constance region. Most winegrowers agree that these kinds of freak weathers have always existed (demonstrably in the last 3-4 generations) and that viticulture tends to be based on the prevailing microclimate. In the past, the yield was simply higher, which meant that the physiological ripeness sometimes failed to materialise. The wines were characterised by superficial fruit and plump, unpleasant malic acid. Nowadays, the shift is towards reducing the yield significantly, not removing many leaves (high solar radiation due to reflection on the lake, often south facing rows of vines) – and FRG varieties are gaining ground too. Due to the high precipitation in the region, often 1,400-1,500 mm and therefore twice as high as, for example, on the Kaiserstuhl, the fungal pressure is very high because of the heat and humidity. But this has always been the case and is not just a topic attributable to to the climate change now being covered in the media.

At Lake Constance and in the Allgäu region, people are helping themselves with the oldest form of climate protection – regionalism. Local products, short transport distances – that is the key to a better climate balance here. Also less herbicides and fungicides in viticulture due to better adapted grape varieties and even more careful work in the vineyard. At my wine tastings, the direct feedback from participants shows the enthusiasm for the wines. Climate change is literally on everyone's lips – why not try some at Klosterhof Kaltern (South Tyrol Wine; Hall 15, Stand G 71), at Clos d'Oranje (Wines of South Africa; Hall 9, Stand B 28) or at Nyetimber (Hall 13, Stand B 48).