Wine is often sold by its ‘story’, and every good story needs a conflict. Nature has conveniently provided us with a villain, climate change. Excepting the most obdurate of politicians, the effects of climate change are real, scientifically documented and, for winegrowers, clearly visible. Temperatures are rising, weather is becoming more erratic and extreme. Growing seasons are shortened, water for irrigation is often scarcer. These changes impact ripeness levels, aromas, flavors and textures. Many varieties that have traditionally thrived in a region, even some in their home region, are now being challenged by these profound changes. And other varieties that have traditionally struggled to reach physiological ripeness are thriving. For now. 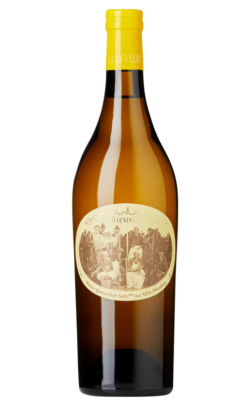 A good story needs a hero, too. There are many candidates. Some are highly futuristic -- robotic harvesters and self-actuating irrigation systems. Others are highly practical, such as midnight harvests in Spain to beat the heat. Others look back in order to move forward, with Old School technology such as earthen amphorae. All of these different approaches will be on display somewhere here at ProWein, the world’s most largest and relevant trade fair for wines and spirits.The champion for today’s story also comes from that latter category of Old School Cool: the Field Blend.

The idea is as simple as it is traditional: interplanted vineyards of multiple grape varieties grown, harvested and vinified together. In contrast to ‘modern’ viticulture, the blending is done in the vineyard instead of the cellar. Many proponents of field blends consider them to be one of the few reliable and effective transporters of terroir, because many different varieties planted together reflect the unique profile of the wine’s origins in a way that no single varietal can. Undeniably, the varietal’s characteristic aromas and flavors are a necessary part of every varietal wine’s personality and can dominate the vineyard character.

In the eyes of some historians, this traditional style of winemaking is the most original practice of viticulture in Europe. Its documented history goes back to at least the 1600s and it was almost certainly normal practice through the Middle Ages. For that age the varietal concept was unfamiliar and rarely unexplored because of the high risk attached to it. Historically field blends served as a low-tech insurance policy against destruction by weather and pests. In an age where consistent ripeness was often a challenge, any extra edge was a huge benefit. It fell out of favor only after phylloxera, then (powdery and downy) mildew devastated much of Europe’s vineyards in the mid 1800s. In the aftermath of that catastrophe, vineyards were often replanted with single variety grafted vines and the practice of field blends faded largely from memory.

Except in a few places like Austria, which kept the practice alive albeit in a different form. Austria’s traditional “heurige” (current wine) were easy-drinking, anonymous field blends consumed in open air stands in autumn. Viennese winemaker Fritz Weininger of Weingut Weininger (Hall 17, Stand F 10), however, saw a chance to accord field blends the recognition and prestige they deserved. His goal was to set new quality measures for the wines of Vienna by producing field blends from prized vineyards. “This is the wine of the Viennese,” he said. He founded the winemakers’ group WienWein (2006) and was one of the driving forces behind the recent “Wiener Gemischter Satz DAC” (2013). Situated in Austria’s capital city, the new DAC involved the unusual decision to inexorably and legally link the 637 ha of famous vineyards of Vienna to a specific style of wine in its very name. His single-vineyard Nussberg (first vintage 1999) is a liquid testament to his achievements. Considered and complex yet never weighty, Nussberg embraces the traditions that brought it to where it is today, as well as acknowledges with its delicately bitter finish the challenging journey that still lies ahead.

But as noted above, field blends can be more than just an aesthetic choice.  In the face of increasingly extreme variations, field blends provide winemakers with the flexibility to protect yields and minimise risk. They give the winemaker a hedge that greatly helps accommodate changing vintage conditions not just now, but for the foreseeable future. A dynamic solution as some varieties struggle and others thrive. And so the magic of Gemischter Satz DAC is that it not only harnesses the regional flavor of the place, but also rewards producers who understand the need to be “flexible, creative and persistent to master the new [climatic] challenges” (Journal of Wine Economics, Vol 11, Num. 1, 2016).

This renewed focus on both trend and tradition is not reserved for the world’s cool climate countries. A 2017 report on Viticulture in Portugal declared that in “regions already presenting warm climates (e.g. Alentejo, Douro), climate change may thus endanger the balanced ripening of grapes and the sustainability of the existing varieties and wine styles.” Grim climactic predictions indeed, particularly when you consider that these regions are already using some of the latest ripening grape varieties available. Yet Portugal’s willingness to embrace the traditions and varieties of its past may well prove its saving viticultural grace. Rather than focus on new plantings or methods, winemakers largely accept that the preservation of the existing biodiversity and traditional winemaking as critical. Concretely, the field blends of the Douro, such as Quinta do Vallado (Hall 10, Stand G 22), have garnered incredible praise for their balance and elegance. A balance and elegance, many would argue, that is simply not achievable from the single varietals planted in the region.

The trend extends to New World winegrowing as well. California in particular has a storied tradition of field blends, dating back to the period after the Gold Rush when Zinfandel, not Cabernet Sauvignon, was king. These wines were often marketed as “burgundy” or “claret” bottlings. Then in the aftermath of WWII, focus shifted to single varietal planting. Today, the wisdom of these old plantings is being once again recognized. And these old vine field blends are now fetching high prices, with exclusive bottlings by renowned producers such as Stag’s Leap or Ridge Vineyards (Hall 9, Stand C 06).

Vintners who embrace diversity now -- viticultural diversity, mind you, although the other kind isn’t a bad idea either -- seem more likely to give themselves the flexibility needed to succeed in a changing climate. In many places, it is ironically the winegrowers who have gone too far establishing a specific varietal identity, often locked into place by wine laws, that may struggle as that very identity literally withers. The answer is sometimes right in front of us all along. As the ultimate transporter of terroir, field blends further a whole identity that begins in the vineyard, from the roots on up.