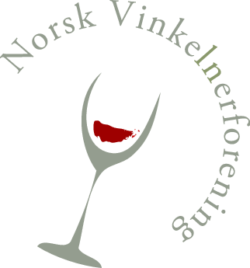 Seeing that Norway, like Sweden, Finland, Iceland and parts of Canada, has a monopoly on wine and spirits, it is a bit different than other countries. Numbers from the Vinmonopolet tell the story on what is being sold in Norway. However, there are other challenges in getting exact information on the trends in this country. People tend to shop tax-free and travel across the border to Sweden to buy alcohol, cigarettes and other products that have lower taxes than in Norway. Unfortunately there are no figures available in these segments, which in turn also makes it hard to provide reliable numbers on alcohol consumption in Norway.

However, for the past 15 odd years the market has been quite clear on the white wine side. German white wine is the drink of choice and has been since the turn of the millennium, with an increase of more than 5% in 2018 compared to the year before. France is a good second and Italy is creeping its way upward, but still only sells half the amount in litres of what France does.

In the red wine segment, Italy has been the sovereign number one for a long time. The turnover in litres is more than three times than that of Spain, which is number two. France is not far behind, but Italy has seen a steady decrease in sales over the past years. There has been a significant growth in the German red wine segment in Norway in the past year. From selling about 9 ½ thousand liters in 2017 there has been an increase of 246 % to nearly 33 thousand liters.

These are the general numbers on red and white wine. However, looking at the overall picture the categories are shifting, after always having being set with highest sales in red, white, sparkling and then rosé. Lately we see a decrease in red wine sales, the white wine sales are steadily increasing and sparkling and rosé are really booming. For the first time in a long time the sales of Prosecco are eventually flattening out, giving room for other types of sparkling wines. The thirst for wines with less alcohol is growing, and people in general want the lighter reds as opposed to the tannic alcoholic bombs.

Looking towards Europe, and Denmark in particular as being the closest neighbour to Norway, the trend of natural wines has not yet really gained a strong foothold in Norway. A few wine bars focusing solely on these types of wines have popped up, but so far the trend is mostly based on people working in the trade having specific knowledge of these wines. The majority of regular consumers are not that much aware of these types of wines. The organic wines do get more attention though. People are getting more conscious about what they eat and drink and seeing that wine makers work organically (and even biodynamically) often make people choose these wines above others.

The trends mentioned above are one thing. However, we can’t disregard the fact that Norway is the country of Bag-in-Box! More than 60% of all wines sold here are 2 or 3 litre boxes. Earlier it was explained by the fact that the Norwegian people love spending time at their cabins in the woods or by the sea, going for picnics or on boat trips, all of which would speak against carrying a lot of heavy bottles along. However, 60% of the drinking population does not spend all their time doing these things, so the explanation does not really make sense. If we should point a good finger at having a market overwhelmed with BiB’s, it is that at least the demand for decent wines in this segment is increasing. There are not a lot of countries selling good Chablis or southern Burgundy wines by the box!