THE 2015 HARVEST IN CASTELLANI TUSCAN ESTATES 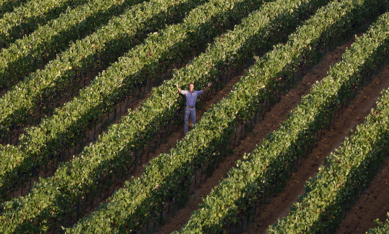 TUSCANY 2015. The elements which characterized this year in Tuscany were a winter full of rain and a mild spring with good water reserves; bud break began early compared to last year, as well as the flowering began after the middle of May, which was followed by an excellent fruit setting.
The extremely hot summer has been crucial: temperatures higher than normal and low rainfall for a rather extended period, both conditions that allowed a very positive trend of grapes ripening and the storing of aromatic and polyphenolic substances. The climatic conditions counteracted the onset of major diseases of the vine: the vineyards have therefore enjoyed an unusual health, the bunches appear very healthy. After mid-August the situation changed again with providential rainfall and the consequent drop in temperatures that re-established the ideal conditions for the remaining cycle of the vine, bringing the turgidity in the grapes at optimal conditions.

September ran with favourable climate, effective in consolidating quality.
In the farms owned by the Castellani family the harvest began 10 days later than usual: it started on 2nd September with Merlot in the Travalda Estate and ended on 9th October in the Campomaggio Estate. Low rainfall during the harvest contributed to the excellent health of the grapes harvested at their full ripeness.
In our Estates the handpicking and the further selection of grapes are giving good results in vinification.
2015 proves to be an excellent vintage, distinguished by superb quality of the grapes, mainly for Sangiovese that could express its best thanks to perfect vegetative and ripening stages.