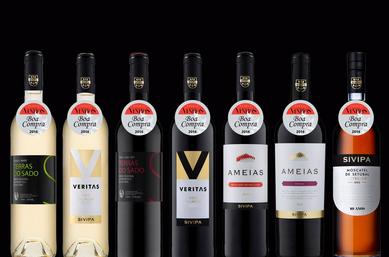 On February 14, 2015 Revista de Vinhos magazine awarded the Best of the Year awards. Sivipa won 7 prizes of "Best Buy", being the second company in the region with the largest number of these awards.

This is the culmination of a golden year for SIVIPA which recently celebrated its 50th anniversary, keeping its promise to share the best of Palmela at affordable prices. The winners were the now famous Ameias Syrah 2013 Ameias Sewlecção do Enólogo red 2010 Terras do Sado and Veritas, 2013, both red and white and Moscatel Superior 10 years.

In recent years, Sivipa's wines have been awarded worldwide. Noteworthy Ameias Syrah 2013 awarded "Best Red winbe from Setúbal Peninsula" in the XIV Wine Contest of the Setúbal Peninsula Regional Wine Commission, at the Concours Mondial de Bruxeles in Vinalies Internationales, by AEP Association of Sommeliers of Portugal and IWC in London, an extraordinary number of awards.