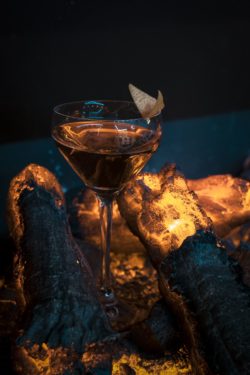 A world-class program awaits visitors to the "same but different" trend show at the upcoming ProWein, the world's largest and most important trade fair for wines and spirits (15 - 17 March in Düsseldorf). The heart of the special exhibition in hall 7.0 is the BAR, organized by prize-winning bar expert Stephan Hinz. For a decade now, the Berlin native has been a shaping force on the German bar scene, encouraging experimental methods and unusual concepts. "We're thrilled that Stephan Hinz has agreed to host our 'same but different' BAR. He has helped bring a real breath of fresh air to his industry, not just through his creative ideas and cocktail artistry, but also through his trailblazing system solutions for bars and hip urban restaurants," explains Nicole Funke, Senior Project Manager at ProWein.

Both the 'same but different' BAR and the two Education School ‘classrooms’ are giving a good shake to cocktail classics like the gimlet, Martinez and gin fizz. A roster of Germany's most creative bartenders have been invited to present their own innovative versions of these old favorites. Many of them use aromatic additions, including twisted lemon, lime or orange peel, to bring unexpected nuances to a classic concoction. Others apply innovations such as the sous vide and rotary evaporators to give new energy to familiar drinks. Another key factor: choosing the right ingredients to turn cocktail classics on their heads. Stephan Hinz and six bartenders hailing from Berlin, Düsseldorf, Hamburg and Cologne will be mixing their signature drinks at scheduled ProWein appointments:

"Taken together, the 'same but different BAR' program and educational classrooms deliver a fine survey of the boisterous craft scene, including spirits, beer and cider," explains Nicole Funke. Now in its third year, the special exhibition will be bigger than ever before, with over 120 exhibitors from 25 countries. Educational events are slated for 2 and 4 pm daily, with classroom 1 dedicated to spirits and classroom 2 focused on craft beer. Arne Wildner, a beer sommelier since 2013 and passionate evangelist for craft beers, will be detailing practical aspects such as optimal drinking temperatures, proper glassware and alcohol content for the various craft beers. One particular point of interest will be "Craft Beer Food Pairing." The Brewer Talk on ProWein Monday (5:30 - 6:30 pm) with Axel Ohm (ÜberQuell), Michael Lembke (BRLO), Jeff Maisel (Maisel & friends) and Lars Großkurth (Landgang Brauerei) will round out the craft beer program perfectly.

The program for cider is no less engaging. Gabe Cook, a luminary in the field, will be presenting the sparkling drink daily at the 'same but different BAR'. For more than ten years, the star British expert has framed the discussion as a proponent and innovator of cider culture. One highlight is sure to be his presentation of ciders from Ramorn on ProWein Monday (noon), a Luxembourg cider house devoted to rejuvenating heritage apple varieties while also protecting the environment.

Entry to all classroom events is included with the ProWein ticket, and no registration is necessary — attendance is on a strict 'first come, first served' basis. A current overview of the 'same but different' exhibitors as well as other information and impressions can be found online at: https://www.prowein.de/de/same_but_different/same_but_different

Note for journalists:
High-resolution image stock for ProWein can be found in our photo database in the "Press Service" section of www.prowein.com.