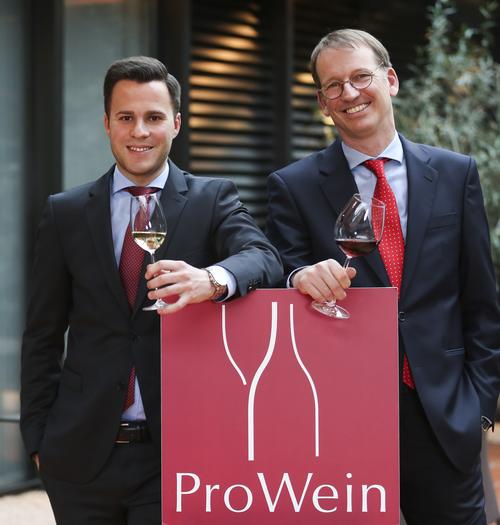 Marius Berlemann moves to the top of ProWein as the new Global Head Wine & Spirits. Since May 2012 the leading international trade for wines and spirits had been headed by interim manager Michael Degen, Executive Director and member of the board at Messe Düsseldorf. From 1 March 2016 Marius Berlemann will now take over the position of Director and assume responsibility for the complete worldwide ProWein portfolio as Global Head Wine & Spirits. In this position he will report to Michael Degen, who is responsible for both ProWein and a number of other international trade fairs such as glasstec, drupa, A+A, EuroShop/EuroCIS, BEAUTY/TOP HAIR/mads but also for such high-profile public events as boot and Caravan Salon/Tour Natur.

Marius Berlemann joined Messe Düsseldorf as a trainee in 2010. In 2012 he became a Senior Project Manager. In this position he was in charge of growing the ProWein family in China (Shanghai) and South East Asia (Singapore) amongst other projects. At both locations Berlemann had already been working for the Messe Düsseldorf subsidiaries, Messe Düsseldorf Shanghai Ltd. and Messe Düsseldorf Asia Ltd., for several months. Before joining MD the 30-year old completed his Master's majoring in General Management at Witten/Herdecke University.