Modern wines from the birthplace of Dionysus 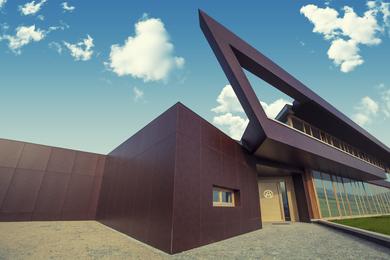 Who would have thought it? Dionysus, the ancient Greek god of wine, might have been a Bulgarian if he had been born today. Because most of his birthplace, Thrace, now belongs to a country that is linking 3,000 years of tradition with the latest technology and has made huge progress in the last few years. At recent international competitions such as Mundus Vini, Concours Mondial de Bruxelles, Vinalies Internationales and Decanter, the full-bodied wines from Thrace, the Struma valley, the Danube and the Black Sea have been a real surprise – picking up an above-average number of medals.

At ProWein 2016 in Düsseldorf, the Bulgarians will show wine experts from all over the world what they can do and, for the first time, are organising a large combined presence under the banner of the National Vine and Wine Chamber. On offer are several master classes with leading sommelier Markus Berlinghof (Hamburg) and a Bulgarian Night. All the ten wineries being present at the booth in Düsseldorf stand for the new image of the wine country Bulgaria, although they differ a lot in size and focus: Domaine Boyar, Saedynenie Winery, Logodaj, Villa Yambol, Minkov Brothers, Domaine Menada, Vinal AD, Vinzavod Asenovgrad and Vinex Slavyantsi.

Ancient winemaking
Bulgaria is a very mountainous country. Almost everywhere between the Black Sea in the east and the Macedonian border in the west offers microclimates and soils ranging from chalky loess to brown and black earth, including weathered clay soils which, combined with lots of sunshine, provide the ideal conditions for wine growing.This has long been known. Homer described the ancient Thracians as brave fighters who “carry mighty weapons, ride horses as fast as rushing winds and make good wines that they drink out of beautiful goblets”. Many different archaeological finds confirm the highly developed wine culture of the Thracians. And the cultivation of Bulgaria's indigenous vine varieties – Pamid, Misket, Dimyat, Gamza, Mavrud and Shiroka Melnishka Loza (Broad Leaf Vine) – can probably be traced back to this time. The Roman colonisers exported the wine from Thrace to Egypt.

When the Slavs and Bulgars settled in the Balkans in the sixth and seventh centuries, they discovered a flourishing wine culture that reached its peak with the introduction of Christianity in 864 and the subsequent expansion of the monasteries in the Middle Ages. Even 500 years of Ottoman occupation could not stamp it out. After the country was released from Turkish rule in 1878, the wine industry quickly regained its previous importance and by the end of the 19th century, almost 100,000 ha of land were being used to grow vines. Phylloxera, however, achieved what the Ottomans could not. By the end of the First World War, less than half of the area under vines remained. In the Communist era after 1945, huge wine factories emerged tasked with providing cheap wine for the Soviet Union and other Warsaw Pact countries. Thanks to large amounts of new planting, mainly with Cabernet Sauvignon, Merlot, Muscat Ottonel, Chardonnay, Sauvignon Blanc and Traminer, the Bulgarian area under vines grew to become larger than ever before, at just under 200,000 ha in the 1960s.

The fall of the Iron Curtain meant a completely new direction for the wine industry. All state-owned operations were privatised in the years after 1991, new wine cellars were built and a great deal of investment was made in the vineyards.

Bulgaria today
The National Vine and Wine Chamber, established in 2000, together with its six subsidiaries in Sliven, Sandanski, Plovdiv, Pleven, Burgas and Varna, has set new standards for wine making and helps its 75 members to market their produce. Its marketing activities include the Vinaria international trade fair in Plovdiv, the Salon de Vin in Sofia, a range of other national events and, since 2013, a promotional programme outside Bulgaria under the title ‘Bulgarian Wine Treasures’.

Around 60,000 ha are currently under vines in Bulgaria. They are spread over the four viticulture regions of the Danube Plain (north), Struma Valley (south-west), Black Sea (east) and Thrace (south), which are further sub-divided into 52 growing areas for production of PDO wines. Out of the annual production of between 1.5m and 2m hl of wine, 60 % are exported to more than 70 countries. Bulgaria's wine industry now has a new look and is also building its international reputation year on year. When Bulgaria joined the EU in 2007, the existing Wine Act of 2000 was fundamentally revised. Since then, the country has strict guidelines for the production of quality wines. Around 250 vineyards and wineries make great efforts to build respect for their country's wines abroad – and they are increasingly successful in doing so.

Mavrud with Markus Berlinghof
He was named Germany’s Best Sommelier in 2013 and Gault Millau's Sommelier of the Year in 2014. He currently coaches the German national team of sommeliers and is Germany's only candidate for the 2016 Sommelier World Cup in Argentina. At ProWein 2016, Markus Berlinghof will, for the first time, introduce interested parties from the wine trade to Bulgaria's best wines, from Mavrud to Misket, from Cabernet to Shiroka Melnishka Loza. Under the title “Hidden gems from the Balkans”, there will be a total of three Master Classes on the Bulgarian stand in Hall 15 J21:

The Bulgarian Night on Sunday 13 March, with finger buffet on the stand from 6.00 pm, will give you a further opportunity to get to know the wines and their producers.