Meet some of the best Romanian wineries 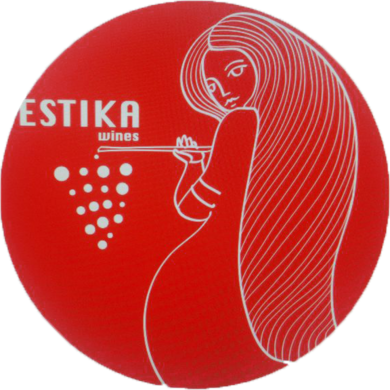 Romanians are known for the love they have for their land. Winemaking is one of the oldest activities here and the wine we make reflects the respect we have for nature’s kindness for giving us such great terroir. The Romanian Wine Promotion Association (Ro: Asociația pentru Promovarea Vinului Românesc) is an interregional organization which brings together some of the most dedicated Romanian wine producers.

Romania has a long history in winemaking, but the first private winery dates since 1994. MW Caroline Gilby says that its still a relatively young industry, so still work in progress for many producers. “The best wines are of global standard, though most exciting when they clearly show a sense of their place of origin”.

Get to know the Romanian wine producers at this year’s ProWein:

AVINCIS Winery
Started as a family vineyard situated in the sub-Carpathian region, at the gates of the Monasteries in the North of Oltenia, AVINCIS is the symbol of the revival of Romanian wines, marking a return to tradition and a glance to modernity.

Balla Geza (WinePrincess)
On the foothills of Arad, the former famous historical wine-growing region known as Minis, the legendary Red Sszú, the spicy Cadarca, the velvety red wines and the mild Feteasca Regala are at home. Balla Geza winey has 70 hectares of vines, of which 85% red and 15% white.

Casa de Vinuri Cotnari
Cotnari vineyard is part of the wine region of Moldavian Plateau, one of the most famous vineyards in Europe, with a history of 2,000 years. Casa de Vinuri Cotnari is an ambitious project, that started in 2007, with the establishment of new plantations of vines only with traditional grape varieties like Grasă de Cotnari, Tămâioasă Românească, Fetească Albă etc.

Davino
Located in Dealu Mare, the most well-rounded wine region in Romania, in its very heart, Ceptura, famous for making wine since the XIVth century, the Davino plantations proudly bear the region’s quality stamp. Spread across the region’s four hills and the dividing valleys, the plantations exploit the maximum potential of the area.

Domeniile Săhăteni
Domeniile Sahateni is owned by Aurelia Visinescu, a reputable Romanian winemaker, and her associate. The winery is based in Dealu Mare region, where the “terroir” has proved that exceptional wines can be achieved and consists of 70 hectares of vines. Aurelia Visinescu brand was launched at the end of 2010, bearing the name and the signature of the oenologist.

LacertA Winery
Situated on the 45th parallel which positions the Dealu Mare vine estate at the same level with the Bordeaux, Saint-Emilion as well as the Toscana vineyards, LacertA is prestigious for its rich, complex and silken taste wines. There are cultivated six varieties of red wine and six varieties of white wine, which are kept in strictly-controlled environments, as in the recently inaugurated wine vault.

Liliac Winery
Batoş is Liliac’s home. Gently rounded contours which remind one of Tuscan rolling hills and numerous watercourses meander through the broad green highlands. Sheltered here by the curve of the Carpathians, mineral-rich earth and a moderate continental climate contribute to the ripening of the very finest grapes.

Oprișor Winery
With roots going back to 15th century, when the Oltenian boyars' from the Drincea Valley and their best-quality wines were first mentioned, Oprișor winery is like a bridge over time. Its that different “boyar’s behavior” that makes Oprişor area’s special potential reveal its specific and richness which God has naturally endowed Oltenia with.

Petro Vaselo
When the Italian winelover, Nello Dal TioNello, first saw the hills of Petrovaselo in Recaș wine region, back in 2002, it was like going back to his childhood years, to his origins. And thus his great passion resurfaced, with the will to dedicate his time and efforts once again to the earth, not only to possess it, to HAVE it, but especially to make it LIVE by cultivating it, by giving it rebirth.

S.E.R.V.E.
The winery was born out of a dream of its founder, Count Guy Tyrel de POIX. In 1994, the Count, already the owner of over 50 ha of vineyards in Corsica-Domaine Peraldi, founded the first independent wine making company in post-communist Romania: Societatea Euro - Romana de Vinuri de Exceptie (S.E.R.V.E.). The same year saw the launch of the first bottles of Vinul Cavalerului, followed by Terra Romana and the renowned Cuvee Charlotte.

Vinarte
It is out of the enthusiasm of a group of Romanian, French and Italian investors, passionate about viticulture and confident in the tremendous potential of Romanian vineyards that VINARTE was born in 1998. Thus, three wine estates have been purchased, namely Zoresti - Dealu Mare, Bolovanu - Samburesti and Starmina - Mehedinti (a total of nearly 344 hectares of vineyards), which nowadays form the productive structure of the company, each with its own "personality" shaped by different soil and climate conditions.

Find out more on estikawines.com