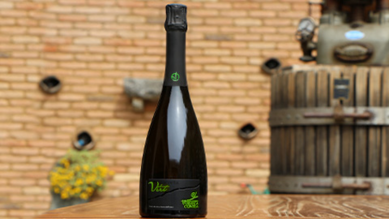 It is a product that is part of a food category and a philosophy of life that is developing a lot in Italy and worldwide, the Veganism.
Vegan philosophy, which does not accept any kind of violence and rejects speciesism (a better treatment for a species over another), has as its basis the Ecocentric outlook on life.
Accustomed since Descartes to see the top human species to the other of the Animal Kingdom, and this see in animals something to have a profit (clothing, food, test for drugs, entertainment, transport) without much care whether or not they may have feelings or not;
It ''s understandable that at first glance this philosophy is conceived by many as absurd or extreme.
In reality, however, there is absolutely nothing extreme in respect also volunteered the smallest form of life on the planet.
Ecocentrism so sees the man placed among other species, and not at the top of a hierarchy is not really present in nature but of human invention. The man like the woman. The Animal like woman and man. All together in harmony in a relationship of mutual respect and co-existence.

Unlike as some people suspect, philosophy vegan is not followed because it views as a fashion trendsetter and gossip. It born almost spontaneously in a very emotional personality and with greater sensitivity than the average, with no age limit, costumes or historical context. Among the many famous people vegan / vegetarian in history that have spread throughout the world the message of compassion for the mistreatment of animals, we find philosophers, scientists, mathematicians, politicians, writers, musicians: Pythagoras, Epicurus, Leonardo Da Vinci, Einstein, Charlie Chaplin , Gandhi, George Bernard Shaw and many others.
All united common from the custom of not eating animals and / or their derivatives.
And entering in the context of nutrition, it is important to know that the vegan diet does not include meat and fish consumption, and even of animal derivatives (eggs, milk, honey), unlike power Vegetarian (often confused with the vegan) instead it accepts the consumption.

The neologism VEGAN was born in England in 1944 thanks to Donald Watson (Member of the Vegetarian Society) who wanted to separate the two types of different diet without using subcategories. Although apparently similar as united on the table from the elimination of meat and fish, these eating habits are actually two different things. People often think the vegan diet as a restriction, forced, unnatural or as a deprivation of "the true pleasures of the table", but it's just a return to basics.
It 's the fastest way, through food, to return to a contact with nature was lost with industrialization.
Hence the choice of Franca county to give birth to the FIRST FRANCIACORTA VEGAN, made without any animal exploitation, so no animal fertilization of vineyards, no use of animals for processing and especially no use of oenological products containing animal derivatives in wine.
Infact, many do not know that in most wines are present substances such as albumin, casein, fish glue and other animal derivatives; Franca contea has chosen to NOT use them just for a "return to origin", not to lose contact and respect of Nature, in all its forms.

Let food be your medicine
and medicine be your food
(Hippocrates)