Bulgaria in new clothes at ProWein 2016 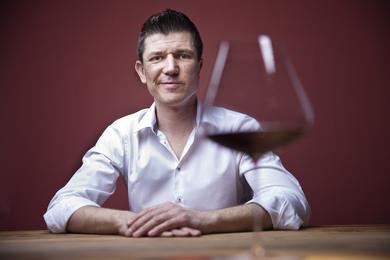 Traditional wine country Bulgaria presents itself in new clothes at ProWein 2016 from March 13 – 15 at Duesseldorf. For the first time there will be three master classes with top sommelier Markus Berlinghof (Hamburg) at the booth 15 J21, organized by the National Chamber of Vines and Wines; a Bulgarian night with fingerfood from the Balkans on the first day at 18.00 will give the opportunity to know eleven signature wines from the participating wineries – and the people standing behind.

No doubt: the full-bodied wines from Thrace, the Struma valley, the Danube and the Black Sea have recently been a real surprise at many international competitions. All eleven producers exhibiting on the National Wine Chamber's booth at ProWein represent the new image of Bulgaria's wine-growing regions, even if they are each very different in size and focus.

Angelus Estate, set in the hills of Sredna Gora, planted its first vines in 2007 and, right from the start, aimed for the top segment in which Bulgaria was still somewhat underrepresented.This ultra-modern winery now has 106 ha of vines, of which 70% are red, along with a fully temperature-controlled fermentation plant and 1,820 oak barrels. The winery relies totally on international vine varieties, has a planting density of 5,000 plants per hectare, and its different blends under the Stallion brand have recently collected medals on a grand scale at many international competitions.

The Saedynenie Winery, part of the Vinprom Peshtera Group, is situated in the Thracian Valley and was completely modernized in 2012. On its 700 ha, the winery produces modern wines to suit international tastes, using Cabernet Sauvignon, Merlot and Sauvignon Blanc, as well as unusual varieties for Bulgaria such as Dornfelder, Glera and Regent. Bulgaria’s foremost expert oenologist Vladimir Vlachkov is devoted to perfecting the closed vinifiction process for brands such as F2F, Pixels and Verano Azur, demonstratingthat the Bulgarian wine industry has long since moved into the 21st century.

And, talking of newcomers, the Logodaj Winery in the warm Struma Valley in the south-west of the country has demonstrated in the 20 years of its existence that tradition and progress can very well go hand in hand. The company mainly focuses on indigenous grape varieties and on Broad Leave and Early Melnik, which are typical of the Struma Valley, but, under the direction of Italian star oenologist Riccardo Cotarella, produces complex red wines that are nothing like the “tannin bombs” the area was once known for.

The vines of Villa Yambol, one of the most important wine producers located in the south of Bulgaria, date right back to 1924. Chardonnay, Muscat, Cabernet Sauvignon, Merlot and Mavrud ripen perfectly in the mild climate along the Tundja river before they are made into wines for keeping, some in oak barrels, in the two wineries in Yambol and Straldja. One special feature of Yambol is that it even has its own barrel cooperage!

The winery with the longest tradition among the eleven present at ProWein 2016 is that of the Minkov Brothers. In 1875, the three brothers Ivan, Vasil and Nikifor put Karnobat in Bulgaria on the world map of wines and, by taking a gold medal at the 1894 Concours International de Bruxelles, demonstrated for the first time the wine-making potential of this country in south-eastern Europe. More than 100 years later, the Minkovs are once again back winning medal after medal in the big international competitions with their brands such as Oak Tree, Jamais Vu, Le Photographe and Cycle – the only difference being that their current wines are produced using the latest technology and an experienced team of oenologists.

Domain Menada, which was established in 1901 as the Loza cooperative near Stara Zagora, currently has 426 hectares of vineyards. Menada, which was acquired in 2002 by the French Belvedere Group, renamed Marie Brizard Wine & Spirits in July 2015, also has the latest technology and a capacity of 20 million bottles per year, thanks to the international investment. The house specialities are single variety Cabernet Sauvignon and Merlot wines, as well as blends using local grape varieties such as Mavrud and Rubin, the latter being a Bulgarian hybrid of Nebbiolo and Syrah. Their famous brand TCHERGA is one of the best known and prestigious Bulgarian brands on the local market and abroad. TCHERGA means ‘traditional carpet’ and the concept behind the product is a colorful and tasteful wine with character. Every year their oenologues select the wines with the best features and make a blend which is unique to the year.

Vinal AD was established in 1947 and is located in the north of the country in the Danube Plain. The winery has a huge range of more than 600 individual assortments, from dry to sweet wines, still and sparkling, produced from both international and national grape varieties, as well as fruit liqueurs, vermouth, vodka, gin and brandy. Annual wine production exceeds 8.5 m litres. Over 90% the winery’s production is export-oriented with main destinations including Russia, the UK, Germany, China, West African countries, Vietnam, Poland, the Czech Republic, the Baltic countries, Central Asia, South Korea and the US. The core distributor and exporter of Vinal AD’s production is Bulgarian Wine Company Ltd.

The vines of Vinzavod Asenovgrad, located in the south of Thrace not far from Plovdiv, also date back to 1947. The main speciality of Asenovgrad is the Mavrud grape variety with its thick-skinned fruit that produces a very typical red wine for keeping, with a deep colour and good phenol structure. Vinzavod Asenovgrad can process up to 13 million kilos of grapes and its entire production capacity is 15 million bottles of quality wine. This operation has also increased its sales in Western Europe over the past few years.

Perhaps the most unusual concept of all ten producers on the stand of Bulgaria's National Wine and Vine Chamber at ProWein is that of Vinex Slavyantsi. 40 per cent of the staff of the winery, which is located in the south-east of the country not far from the Black Sea, are members of the Roma minority. Since 2008, together with Swedish partners, the company has promoted the education of Roma children in the villages of Sungurlare, Slavyantsi and Chubra, the locations of its wineries, and, since 2014, Vinex Slavyantsi is the first vineyard in Bulgaria to hold a Fairtrade certificate. So consumers who buy the products of this winery should not just have a good wine in their glasses, but also a good feeling. Vinprom Svishtov is located at the southernmost curve of the Danube river, a beautiful place with centuries of winemaking tradition. The first vineyards, planted between 1950 and 1960, are located in two of the most fertile areas in the region: Gorchivka and Sovata. Upon its market debut, the Gorchivka brand won the grand prix Golden Rhyton at the Vinaria 1996 Wine Expo. This was followed by numerous Wine of the Year awards and a second Golden Rhyton in 2003. In 2008, Gorchivka Rosé was voted Best Rosé of the Year by Bacchus magazine, while other wines of the line have won awards at exhibitions in the UK, the Czech Republic and France.

He was named Germany’s Best Sommelier in 2013 and Gault Millau’s Sommelier of the Year in 2014. He currently coaches the German national team of sommeliers and is Germany’s only candidate for the 2016 Sommelier World Cup in Argentina. At ProWein 2016, Markus Berlinghof will, for the first time, introduce interested parties from the wine trade to Bulgaria’s best wines, from Mavrud to Misket, from Cabernet to Shiroka Melnishka Loza.

Under the title “Hidden gems from the Balkans”, there will be a total of three Master Classes on the Bulgarian stand in Hall 15 J21:

The Bulgarian Night on Sunday 13 March, with finger buffet on the stand 15 J21 from 6.00 pm, will give you a further opportunity to get to know the wines and their producers.