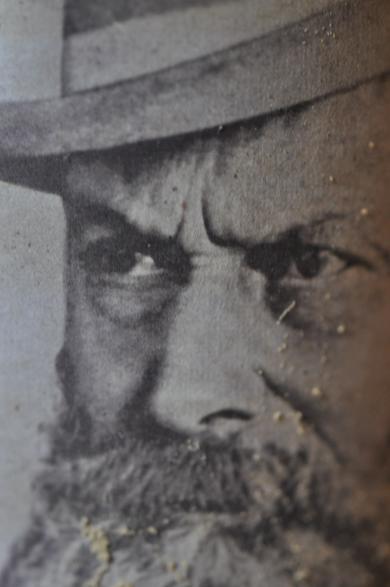 Florentine botanist Odoardo Beccari celebrated in London
From Chianti to Borneo, via Kew Gardens
BY MARGRETA MOSS (FEBRUARY 9, 2016 - 15:05)
With family roots in Chianti, born in Florence and educated in Lucca, Pisa and Bologna, botanist Odoardo Beccari (1843–1920) spent what must have been a heady several months at the Royal Botanic Gardens before heading to Indonesia.

While at Kew Gardens, he met not only botanists William and James Hooker but also Charles Darwin and James Brooke, who was the first rajah of Sarawak. Beccari’s subsequent 13 years exploring in Sarawak, Brunei, Indonesia, Borneo, Malaysia and Papua New Guinea, as well as his subsequent expeditions, yielded remarkable discoveries, and much of his collection resides in Florence, in the La Specola natural history museum, while his notes are housed at the Galileo Museum. But on January 28, 2016, Beccari returned, in a sense, to his launching point, Kew, when his life and work were celebrated in London with a symposium sponsored by his heirs, Fiorentini nel Mondo Association, Accademia Italiana Artstur and the Royal Botanic Gardens. My first encounter with Beccari was finding his book in the Anthropological Museum of Kuching, Sarawak, and I recall being astonished to find such an important Florentine there. I became even more amazed by Beccari as I learned more about him from the symposium’s speakers and attendees.

‘When I heard of this event I was thrilled because, as former head of palm research at Kew Gardens, I am aware of the crucial importance of Odoardo Beccari in this field and many others: as a botanist he was a titan!’ Coming from Wales for the symposium, Dr. John Dransfield’s eyes were shining with joy as he delivered his speech on January 28. ‘Of course Beccari was my hero as an academic scientist but I was equally captivated by his book Wanderings in the Great Forest of Borneo: his respect for their people and customs, beside the deep respect for nature, reflects an attitude rather unusual at that time and a special personality.’

Similar enthusiasm came from Dr. William Baker, senior research leader at Kew, just returned from New Guinea: ‘I am impressed by the incredible legacy of Beccari: he was perhaps the first one working in a true modern way. He produced massive monographs that still seem fresh today and few experts since have matched the scale and quality of the work that he produced. Beccari is an iconic figure in botany and especially we, palms experts, worship him every day.’

Both Dransfield and Baker agree that Beccari’s greatest legacy is the astonishing scale of his output on palm diversity and the high scientific standards that he set.

Beccari’s descriptions of Malaysia and the natives with whom he lived, the notorious Dayaks headhunters, also inspired Emilio Salgari, author of hundreds of adventure books, which proved very popular with Italian children. This broader connection is particularly exciting for Dr. RosaMaria Letts, director of Accademia Italiana. ‘It’s amazing how the Sandokan novels, including the Pirates of Malaysia, which I loved in my childhood, was inspired by Odoardo Beccari. He was actually “the eyes of Salgari,” sailing to Borneo with a letter of introduction from Sir James Brooke, the White Raja of Sarawak, the bad hero Salgari’s saga, the British adventurer and colonizer who received his kingdom in Borneo from the Sultan of Brunei in an unscrupulous way. I’m happy to host this event with so many interesting branches!’

Some of those branches lead back to Radda in Chianti and to the vineyard of his mother’s family, where Beccari spent his retirement years starting a prosperous business, managed now by his proud descendant Orsola Beccari. ‘My great-grandfather travelled the world, enriching with his discoveries the major international botanical gardens. [Images of s]ome of them are on the labels of our bottles and pay tribute to him any time we win wine competitions. He may have been at ease only among his studies in his room at La Specola, but his special retreat was his vineyard in Chianti, a way to keep in touch with earth, seduced by the hills of Tuscany after the forests of Borneo.’

‘For me and my sister Brigida,’ she continued, it is ‘a way to keep his memory alive. After all, our winery was been among the very first to use the label “Gallo Nero,’ a privilege we share with Baron Ricasoli. This event, under the patronage of the General Consulate in London, gave us the opportunity to toast to his titanic scientific achievements with his own excellent wine, an experience highly rewarding for the tremendous esteem by the British botany experts.’