Barolo is Italy’s superlative wine. The country’s most famous wine is from one of the oldest grape varieties, the Nebbiolo. It needs decades to mature. And even then, it is more something for connoisseurs, namely, quite unexpectedly serious for an Italian. However, Nebbiolo is not only an unusually difficult and complex grape. Based on the grape variety, the discussion of the importance of the terroir can be had here like on hardly any other grape variety.
“When you harvest,” says Alberto Cordero, “the game is already over.” That sounds a bit flippant for the president of Albeisa, the largest producer group in Barolo, but it is true. In the months May to July, it is largely decided what quality the vintage will reach – even though the course of the weather throughout the year plays a role.

The current 2012 vintage is a good example of this. “We can cope with snow in winter,” remembers winegrower colleague Angelo Negro. The water reserves are useful when the summer becomes too dry. “But the minus 15 degrees in January - that was tough.” Afterwards, a cool spring ensured delayed budding and rain in June caused the grape quantity to fall. Luckily, two hail fronts passed over the family vineyard in Monteu Roero. Then the usual dry phase, which makes things difficult for the vines. In August, the thermometer rose to 38 degrees. The sun’s rays are intensive but produce a lot of extract. September was mild, though with some rain. Harvest in the dry October. That was good; 2012 will turn into a fair year.

However, Nebbiolo cultivation is not something for leisure gardeners. The vine buds early and matures late, thus bearing every cultivation risk in the growth phase. The vines are fast-growing, demanding a lot of field work. Added to this are considerable vintage fluctuations. In the worst case scenario, it becomes hard to produce wine at all.

In the good years and locations of Barolo, light-coloured wines are produced that soon change into orange-brown, usually long before their high sourness and the hard tannins have harmonised. Then a wine awaits whose aromas oscillate between raspberries and tar, truffle and wilting roses. No other wine in the world produces these complex stylistics.

So it is of no surprise that the variety has long been valued in Piedmont. 306 litres of “nibiol” are said to have been produced in Rivoli in 1266. This is recorded on a document of that time that is still found today in a Turin archive. Nebbiolo is thus one of Italy’s oldest varieties, possessing hundreds of autochthonous vines.

The wine also seems to have continued to be well received. The term repeatedly appears in Piedmontese documents in slightly deviating forms, sometimes as “nubliolio”, sometimes as “neblorium”, sometimes as “nubiolio”. These are joined by synonyms, and this indicates that the vine spread further than the distance an average winegrower went beyond his house and farm.

It is generally believed that the name originates from the Italian word “nebbia”, meaning fog. It is a reference to the fog that hangs like veils in vineyards of the Langhe during the harvest. Researchers believe somewhat more pragmatically that the thick white fluff on the mature berries is meant, since many vine variety names are derived from the appearance or properties of the vines and wines. The latter is the more scientifically credible theory, while the former is the more commercially valuable and therefore survives very well.

The wine of kings – a stroke of luck

The way through Piedmont leads past fortifications, mansions and mediaeval castles. For a long time, the region was ruled by Savoy. The dynasty moved its centre of power into the region, later provided the kings of Italy and made casual use of the vineyards. Thus the Nebbiolo came near to the centre of power and to the tables of noble houses throughout Europe.

In 1730, the name Barolo appeared in a letter of the ambassador to Savoy in London. Likely, the wine was exported as well. However, the disembarked goods are said to have gone bad. The wine could not be stored and generally had little in common with today’s wine. The late-harvested grapes did not fully ferment in the unheated cellars with feeblish yeasts. Thus, in spring, a sweet, unstable wine was to be found in the barrels.

According to a historiography not secured in detail, French oenologist Louis Oudart established cellar technology from Champagne in Piedmont in the 19th century. At consistent, higher temperatures, he managed to make the fermentation process run through, and he prepared the first Barolo in modern style.

Margravine Giulia Falletti di Barolo and Count Camillo Benso di Cavour, father of the Italian constitution and later prime minister, became clients of the international consultant. The slogan “king of wines – wine of kings” somehow has its origin here and Barolo has actually had interaction with politics. The wine was also well received in the Savoy dynasty. So well that King Victor Emmanuel II, the second key figure of the Italian national movement, made the Fontanafredda hunting lodge in Serralunga along with its vineyards available for oenological tests. Fontanafredda is one of the top producers to this day.

The vine fretter plague, Fascism and the world wars triggered a rural exodus that heavily afflicted the wine cultivation of the Langhe. The first shining light of the century was Renato Ratti, who, in the 1960s, recognised the defining element of the terroir, filled wines from individual locations and even produced a site map.

Since 1980, the DOCG classification has allowed the naming of individual locations on the label. The most famous of them have long been legends and led to resourceful winegrowers increasingly producing colloquial designations or simply nice fantasy names for locations.

Finally, the winegrowers’ association put an end to these goings-on and had an official list of vineyard locations produced that has legal character today. However, these 170 “menzioni geografiche aggiuntive” do not have a rank order like the locations of Burgundy.

The methanol scandal in 1986 marked the last low for the region for the time being. Production halved within a year and there was nothing left for the remaining winegrowers to do other than to focus on quality completely afresh. This new awareness has been accommodated extremely well by above-averagely good courses of weather since the mid-1990s.
However, traditional wine cultivation no longer met the taste of the customers. In two months on the mash, the grapes extracted a lot of tannin and aroma. Peduncles and stems provided for further tanning agents. The hard young wines needed many years before they had reasonably harmonised in large barrels. An increasing number of winegrowers resorted to short skin contact, temperature-controlled fermentation in the steel tank and barrel maturation in order to meet consumers’ expectations of fruity-soft and quickly drinkable wines.

Even more than in other regions, the attitudes of the different parties hardened. Preservationists feared the loss of the unique aromatic profile. With their easily accessible wines, modernists wanted to reach more buyers and generate more sales more quickly. Ironically, Barolo became world-famous – and expensive – due to this very international style.

Today, the dispute has largely subsided. The majority of winegrowers have – with a welcome change of the zeitgeist – resorted to a rather traditional wine style with modern means and hygiene standards. Different stylistic directions can exist side by side. The breadth of styles even has a stabilising effect. However, there are still overextraction and excess quantities that end up in discount stores at reputation-damaging prices. 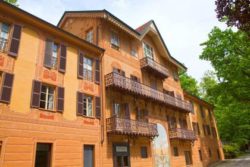 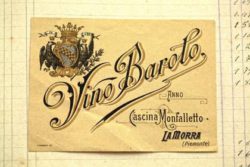 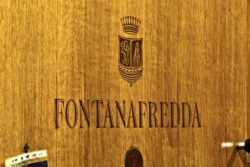 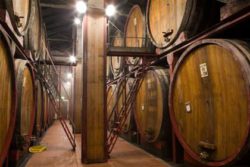 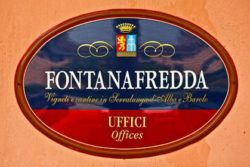 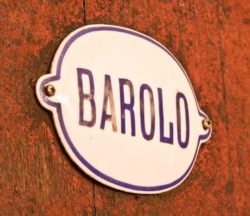 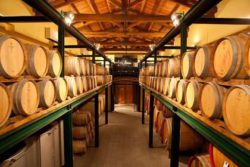 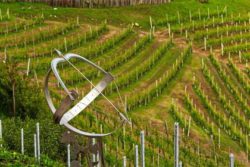 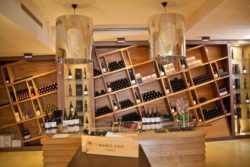 Wine is transportable, Terroir not really

Grape varieties such as Cabernet Sauvignon, Merlot and Pinot Noir have spread from their original cultivation areas far around the globe and have taken up the top positions again in their new locations. This is not the case with Nebbiolo. This is due in part to the difficult botany. Particularly for settlers of the first generations, whether their treks took them through Canada or South Africa, more robust varieties were the better choice.

The location standards could have been even more decisive. The Langhe formed a primeval sea of sediment layers. Today, located at a height of between 200 and 450 metres, it cools down heavily at night but rarely freezes in the spring.

The late-maturing Nebbiolo seems to need exactly that, preferably in a south-western location. Only this combination is rarely found anywhere else. The area around the eleven localities of Barolo is painstakingly mapped. The best soil bases in Piedmont are mostly variations of lime marl soils, which do not differ so much at all in their rough compositions. In Barolo and La Morra there is more lime; in Castiglione, Monforte and Serralunga there is more sandstone; the wines take slightly longer to mature.

However, the wine is often more diverse than the terroir gives reason to expect. Again and again, soil compositions are debated. And in the process, chemical components are often enough used for justification. These would hardly make it onto the list of soil contents in any other cultivation area. The argumentations are sometimes highly controversial. It is easily possible for those in the know on the matter to get embroiled in heated debates over the influence of boron or manganese. 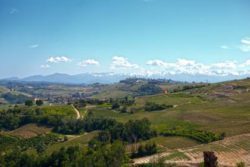 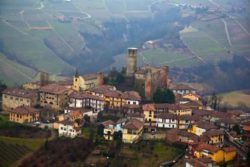 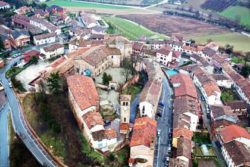 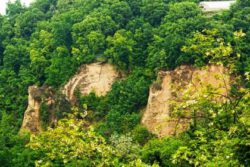 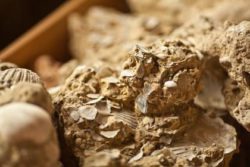 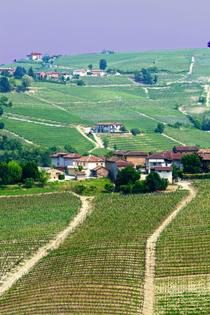 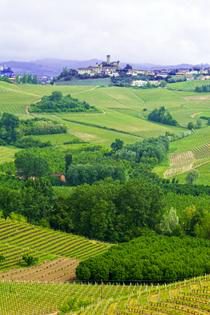 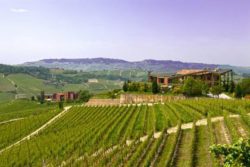 In nearby Barbaresco, around half as much Nebbiolo is produced as in Barolo. The on average slightly lower, warmer sites between 150 and 300 metres, with fewer temperature differences, ensure, roughly speaking, slightly softer wines, which, with their fruit, finesse and lower acidity are also accessible at an earlier stage.

Essentially, Barbaresco achieves the same qualities as Barolo. However, in PR terms, a valid title such as “wine of kings – king of wines” is hard to beat. Not even Angelo Gaja can do anything to change this. As early as the 1970s, the winegrower tackled technical changes such as short mash fermentation and careful barrel maturation, thus achieving wines that were both complex and marketable. The winegrower from Piedmont is one of the most influential wine personalities in the world.

In the geologically highly changeable Roero north of Barolo, the Etruscans, predecessors of the ancient Romans, grew wine. Nebbiolo, too, has grown on the steep slopes for many hundreds of years. Today, price-conscious wine lovers in the DOCG region come across individual top wines at very tasty prices. Moreover, Nebbiolo is found spread across Piedmont, for example in Asti. However, in total it occupies only about ten per cent of the Piedmontese cultivated area, which, in turn, constitutes three quarters of all the Nebbiolos in the world. Noteworthy plantings are still to be found in Lombardy, where the variety does not mature so well and is less complex. In the rest of Europe, it exists on scattered mini acreages.

In more modern times, the enormous potential of the vine excited winegrowers on other continents. These included Californian winegrowing legends John Grahm from Bonny Doon and Jim Clendenen from Au Bon Climat. Angelo Cetto, an immigrant from Turin, brought it to the largest winegrower in Mexico. A Nebbiolo is on the company’s wine list to this day. Especially in the more temperate regions of Australia, a series of winegrowers have taken an interest in growing the vine, with better results the cooler the location.

However, none matches the aromatic complexity of Barolo. Which, in turn, is good for the original. The important foreign markets, such as the USA and Germany, are stable. 280 of the 650 winegrowers have come together in the marketing organisation Albeisa (Unione Produttori Vini Albesi), which has given key stimulus for marketing.

Each year journalists from around the world come to the vintage presentation “Nebbiolo Prima” in order to assess 500 wines bristling with tannins in one working week. This helps enormously to get the more than 16 million bottles, with the striking Albeisa relief on the glass, to the consumers. The Barolo winegrowers will likely still be annoyed for a while about the demanding vineyard work.