The wine producing country of Chile reinvents itself

Planting vines at altitude, as well as in a cool climate near the coast, ensures grape varieties with a unique identity.

Ricardo, a wine grower from the Maule region in the warm Valle Central, knows why his vines take root in the rich soil on the valley floor where they are easy to irrigate and bring high yields: "Higher up, there is frost and fewer grapes. That is not good for us."

For centuries, the situation in Chile was clear and simple: Vineyards belonged on the plains, they were easy to manage there, and at least produced appealing wines with lots of fruit and rather soft and smooth tannins. "It is due to our mentality that we always follow the tried and tested methods and go down the same paths that others have successfully gone down before," says Marcelo Retamal, head of oenology at the model company De Martino and one of the country's most prominent experts.

However, the Chilean wine industry is in upheaval, a fact that was recently to be observed at ProWein 2013 in Düsseldorf, where more than 50 companies were represented under the patronage of "Wines of Chile" and the export support agency ProChile. More and more producers in the country are breaking new ground by establishing vineyards at altitudes either side of the 1,000 metre mark in the Andes or looking for new growing areas such as Elqui, Limari, Leyda or Aconcagua Costa near to the cooling sea, to produce more pronounced, complex and less alcoholic wines.

The wine growing country of Chile is currently in the process of reinventing itself as a global player, whose name stands for sustainable production and social responsibility just as much as for unmistakeable grape varieties with a unique identity. "Cool climate" are the new magic words. 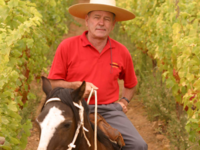 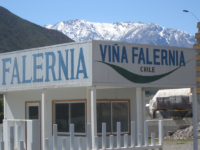 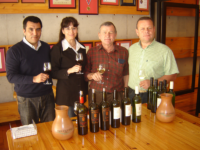 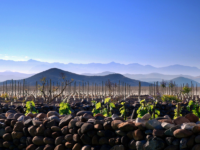 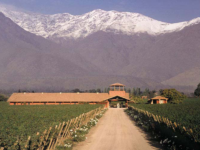 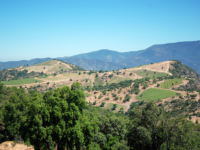 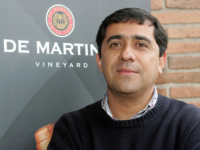 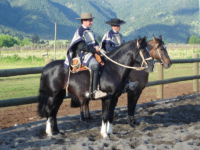 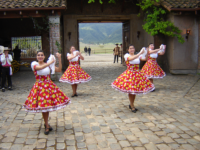 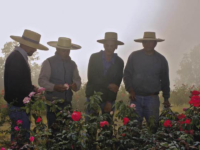 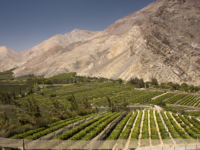 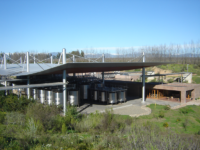 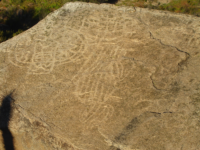 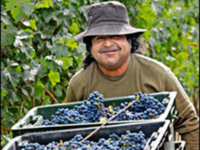 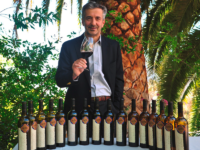 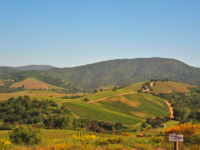 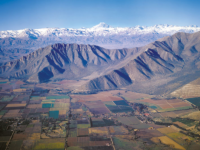 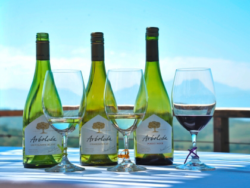 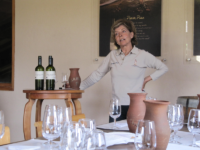 The Chilean wine industry is in upheaval. The keywords are "Cool Climate"

It was 30 years ago now that pioneers such as Pablo Morandé developed the Casablanca valley, located between Santiago and the coast near Valparaíso, as a new white wine destination. Today, 6,400 hectares there are covered with vines, primarily Chardonnay and Sauvignon Blanc, but also Pinot Noir and some Riesling and Gewurztraminer. However, the search for new terroirs at altitude or near to the sea, where the temperature rarely reaches the 15° mark even in summer due to the cool Humboldt current, was far from over. In 1998, Aldo Olivier Gramola founded his vineyard Viña Falernia, whose "Alta Tierra" Syrah Reserva is one of the most sought after wines in Chile today. It won the title "Best in Show" at the Decanter Awards 2012 in Valle Elqui, located right in the north, in an east-west direction between rugged Andean peaks. Gramola's cousin Giorgio Flessati, who comes from the Italian Dolomites, works as an oenologist. People are used to the extreme climate there.

The semi-arid Valle Elqui, which used to be better known as a grape growing area for the national schnapps Pisco, is increasingly morphing into an insider's tip for cool climate wines with its big temperature variations between day and night and the highest location for vineyards in Chile. For 320 days a year, the sun shines without a single cloud and the sky is one of the clearest worldwide, which is why eight international observatories are located there.

Falernia grows grapes at over 2,000 metres at Huanta; at Alcohuaz, Eduardo Silva and the two oenologists Juan Luis Huerta and Marcelo Retamal have established new vineyards at altitudes of between 1,700 and 2,200 metres. Among others, the impressive Syrah "Alto los Toros" comes from here, and is then bottled by Viña De Martino in the Maipo valley. The project "Viñedos de Alcohuaz" has big plans for the future: Next, a blend of Syrah, Grenache and Petit Syrah matured in concrete egg is set to come onto the market, as is a Carignan that will be vinified in used barrique barrels. At this altitude – very unusual for Chile's wine growing region – there can be up to 20 centimetres of snow in winter. "The conditions up here are much more difficult than further down on the plains", says Marcelo Retamal, "but we achieve a whole new dimension in wines".

Out of the hot Valle Central, the backbone of Chilean winegrowing, nearer to the coast

Even in the central area of the wine growing zone in Chile, which reaches across more than 1,000 kilometres, the trend is to go up. The vineyard Luis Felipe Edwards has established new large plants in the Colchagua valley at an altitude of over 900 metres – an area previously covered with scrubland – with Cabernet Sauvignon, Syrah, Petit Syrah and Grenache, Mourvèdre and Carmenère in bush vine form. These have been established on stony, steep slopes, where no vine has ever taken root before. A country on a new path. In Valle Cachapoal, located slightly further to the north, the vineyard Calyptra – at an altitude of 950 metres – not only celebrates successes with Cabernet, but also with fresh, classy Sauvignon Blanc.

Even in the Maipo valley, which is known for its full bodied, balanced red wines, the vineyards are increasingly growing at altitude in order to get more finesse, expression and unique character into the bottle. "The aroma of Cabernet from sites above 750 metres is characterised by lots of red fruits, while further down spicy notes, eucalyptus and menthol are dominant," says Andrés Aparicio from the vineyard Haras del Pirque. In the uppermost part of the Maipo Alto, the establishment William Fevre Chile has recently established 20 hectares of Cabernet Sauvignon and Malbec, at an altitude of over 1,000 metres. Head oenologist Felipe Uribe says: "These wines have a unique finesse. The sugar content and phenolic maturity go hand in hand perfectly, meaning that we can harvest great grapes with a significantly lower alcohol content."

The search for more freshness and spirit, above all in white wines, has increasingly driven ambitious producers out of the hot Valle Central, the backbone of Chilean winegrowing, nearer to the coast with its constant cool breezes and significantly lower temperatures. In this way, Valle Limarí, with a climate similar to Marlborough / New Zealand, has morphed more and more into a paradise for extremely mineral-rich Chardonnays and Sauvignon Blancs over the last few decades, but also some types of reds.

The modern wine cellars of the Tabalí vineyard are seen as an architectural gem, located at the end of a long, narrow valley 29 kilometres away from the Pacific. Like a giant hose system, after the morning mist the 180 hectares of vineyards, warmed by the sun throughout the day, attract the fresh sea breeze in the afternoon and transport it to the wine cellars at the end of the valley. The 2,200 year-old rock carvings from the El Molle culture lend the "Valle Encantado" an almost mystical character; in the neighbouring open air museum, you can take a tour following the traces of Early History. 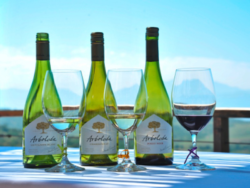 "With this, we are setting a benchmark for the quality and authenticity of Chilean wines all over the world."

In September 2012, a personal cool climate dream came true 350 kilometres further south for one of the big players on the Chilean wine scene: Eduardo Chadwick, owner of the traditional Viña Errazuriz, the vineyard Arboleda, and creator of the cult wine Seña, which was developed together with Robert Mondavi. Seven years after planting the first vines, just twelve kilometres from the Pacific, the new growing region Aconcagua Costa received the official blessing of the authorities in the form of its own "Denominación de Origen" [Denomination of origin] (DO).

Chadwick planted 232 hectares there with Sauvignon Blanc, Chardonnay, Pinot Noir and Syrah, all on a slope and with varying sun exposure: "With this, we are setting a benchmark for the quality and authenticity of Chilean wines all over the world." The Chardonnay Aconcagua Costa 2011, from the house of Errazuriz, was promptly awarded the best Chardonnay in the country at the Annual Wines of Chile Awards (AWoCa) in January 2013.

However, Chadwick is not the only "Grande" to recognise the extraordinary potential of the new DO. In an area of 84 newly established hectares, Aurelio Montes, also one of the most prominent faces in Chilean wine growing, is already producing – amongst other things – a Sauvignon Blanc whose very name shows the ambition concealed behind it: "Outer Limits". The Chilean wine journalist Eduardo Brethauer believes that it is another signpost to the future: "Enormous aromatic complexity with lots of body, a wine that is less impressive in the nose, and much more so on the palate. We have never seen anything like it before." Even Pinot Noir achieves interesting results in the cool climate of Aconcagua Costa. Louis-Michel Liger-Belair from the Chateau de Vosne-Ramanée has therefore been supporting Chadwick as an advisor for two years now.

In Valle de San Antonio, which includes the four sub-areas Leyda, Lo Abarca, Rosario and Malvilla, the vineyards are getting even closer to the sea: up to four kilometres away. In the last ten years, many new plantations have emerged there, from which come primarily very fresh, mineral-rich Sauvignon Blancs, Chardonnays, Pinot Noirs and Syrahs. Ten years ago, Maria Luz Marín, founder of the now highly regarded vineyard Casa Marín, broke with the dogma that white wine from Chile had to be as cheap as possible to be sold on the global export market.

When she put her first Sauvignon Blanc on offer at a British wine trade fair in 2003 for the equivalent of €30, she was almost declared crazy. But today she has made it. The strong willed Chilean has no worries about turnover, and the fact that her wine bagged the "Golden Trophy" two years ago, at the Concours Mondial de Sauvignon Blanc in France, was more than just late gratification for her.

The vineyard Aresti, actually located in Valle de Curicó, also recognised the potential of Leyda and produces a multi-layered mineral Sauvignon in small batches under the name of Trisquel, which was distinguished as the best white wine in Chile in 2012 at the Catad'Or Grand Hyatt.

There is no doubt: The long, narrow South American country has big plans for the future, and it is only just discovering and getting to grips with its diverse terroirs. Today, already the fifth largest wine exporter worldwide, Chile wants to double the value of its exports to US$3 billion by 2020. In 2012, there was an increase of 6% to 1.79 billion dollars, but a substantial part of this could be attributed to bulk wines. With the new cool climate grapes, Chile is constantly raising its profile – and showing the world that it can do much more than just fruity and "easy drinking".