The organic industry is booming. Almost a quarter of the under 30-year-olds in Germany regularly buy organic produce, as a study commissioned by the Federal Ministry of Agriculture showed a few months ago. Within a year, the proportion of consumers conscious of organic produce has increased from 14 to 23 percent.

When it comes to wine, the organic triumphal march appears to be unending: Worldwide, the number of organic vineyards has almost tripled from 2004 to 2011 - from 88,000 to 256,000 hectares. With an average growth of 25 percent per year and more than 7,000 hectares, Germany is sixth in the world. The market share of organic wine is between four and five percent. The times, in which organic winegrowers were seen by some colleagues as eccentric oddballs, who were pressing rather undrinkable grapes for their ideology, seem light years ago. Today, many renowned companies on all continents work in accordance with the rules of organic agriculture. And more will follow. “From my point of view,” says Alois Lageder from South Tyrol, “organic agriculture should be par for the course for any quality winegrower.”

According to the Research Institute of Organic Agriculture (FiBL), Spain now wears the international organic crown thanks to enormous growth in some large cooperatives in Castile–La Mancha. About 80,000 hectares there are now organically farmed. In the next places come France (61,055 hectares), Italy (52,812), the USA (11,448), Turkey (8,871) and Germany. But Austria has the highest organic proportion in relation to its overall vineyard areas: 9.6 percent.

The fact that Spain has boomed recently in terms of organic cultivation is partly down to the climatic conditions and partly to the substantial, rich subsidies from Madrid’s Ministry of Agriculture. Added to this is definitely the fact that celebrity winegrowers, such as Alvaro Palacios (Priorato), Raúl Garcia (Bierzo), Sara Pérez (Priorato) and Miguel Torres (Penedés) have led from the front, acting as “driving forces”. Industry giant Torres has already converted more than 600 of its 1,800 hectares and wants to convert entirely to organic farming in the next couple of years. 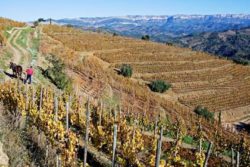 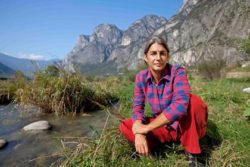 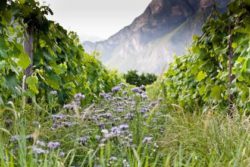 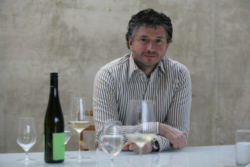 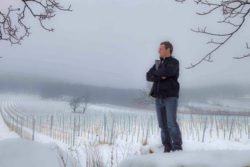 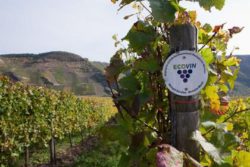 A continuing trend towards increasing organic agriculture can also be seen at ProWein, as the most important international wine trade fair. In March 2013, about 250 exhibitors from this sector exhibited in Düsseldorf. In Hall 7.1, there was even a special “World of Organic Wine” exhibition for the first time as well as a separate tasting area for award-winning organic wines. In addition, the subject came up in countless events.

Messe Düsseldorf anticipates there will be more growth in this sector for ProWein in 2014. It seems as if there is still lots of scope for further development in terms of organic wine sales. According to a projection by the Geisenheim Grape Breeding Institute, there is a market potential of 50 to 60 million litres in Germany - only about half of which has been taken advantage of to date. The Cologne-based sales agency Smart Wines has identified that a higher price level tends to be accepted for organic wines and about half of supermarket customers are prepared to pay up to 25 percent more for an organic wine. For Smart Wines managing director Per Soehlke, further proof of this trend comes in the fact that “organic wines recently achieved two-digit rates of growth in top gastronomy.”

Lotte Pfeffer-Müller, chairperson of the Federal Association of Organic Wine Producers (Ecovin) also sees positive future prospects. Her association, founded in 1985 and number 1 in the country now with 220 companies and 1,600 hectares of land, is growing slowly but steadily: “Major companies with ten to 20 hectares will add to this. There are only sales with small and sideline businesses.” With her winegrowing brother Dr. Becker in Ludwigshöhe (Rheinhessen), Lotte Pfeffer-Müller is both a member of Ecovin and Demeter International, whose 46 companies work according to the biodynamic subsistence strategy developed by Rudolf Steiner. In doing so, the vineyard ecosystem is kept alive through diverse fauna and flora, compost and biodynamic preparations from medicinal plants, such as valerian, chamomile, oak bark, quartz and cow dung. The two associations Bioland and Naturland also include organic winegrowers among their members, but about half of “green” wine producers in Germany are not organised in an association to the regret of Lotte Pfeffer-Müller. 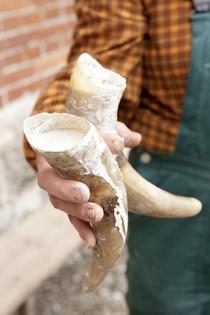 In Stetten im Remstal, quite close to Stuttgart, a troop of idealists led by organic winegrower Jochen Beurer has gone even further “back to the roots” in the last four years and has created a museum vineyard with Heunisch, Adelfränkisch, Kleinweiß and 18 other historic grape varieties on a precipice below the Y-Burg - terraced, organically farmed and in a traditional triquetra cultivation, in which the grapes are bound to their pillar with purple moor grass. 150 bottles of “mixed sediment” were produced in the premiere year of 2012. Jochen Beurer, founding member of the Junges Schwaben winegrowers group, uses “controlled inactivity” when cultivating his wines in the cellar. The results are always uncompromising edgy wines. A book has also been published by EDITIONrandgruppe (Stuttgart) about the Stetten museum vineyard project. Its title: “Rettet die Reben” [Save the Grape].

While the cultivation of organic grapes was only regulated by the EC regulation 2092 from 1991 to date - with the renunciation of artificial fertilisers and synthetic chemical pesticides, the new EC regulation 606/2009 has taken effect from 2012 which now also includes wine-making in cellars. The clarification and clarity with gelatine, cow’s blood, mesotartaric acid and other controversial agents, reverse osmosis, cryoextraction and mash heating to more than 40 degrees had not been an issue for staunch organic wine-growers previously either.

But now the guidelines are also clearly regulated for companies that are not members of the associations. New, reduced maximum tolerances for the sulphur dioxide content of wine also apply: 100 milligrams per litre for dry red wines and 150 milligrams for white wines and rosés. The new conditions now permit organically produced wine to be labelled officially as “organic wine” and enables the bottles to bear the new EU organic logo. To date, there was only “wine made from organic grapes.”

Italy’s largest organic crop areas are in Apulia and Sicily, although organic wines are also really on the rise in Tuscany: The traditional Tenuta di Capezzana recently converted to organic cultivation and even Barone Ricasoli is in the process of converting his vineyards. In the north of Italy, some of the most distinguished organic producers are located, such as the South Tyrolean estates of Lageder and Manincor, Piemont-based Erbaluna, Punset and Nuova Cappelletta, Perlage and Mont‘ Albano in Venetia, Radikon in Friaul and Elisabetta Foradori from Trentino. 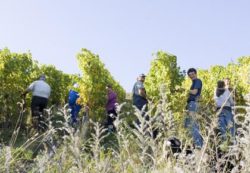 The latter completely converted to biodynamics a good ten years ago. Since 2011, it has also made this step in its estate in Ampeleia in Maremma. “Working with nature and not against it has changed my sensibility and my ability to listen - the journey back to Mother Earth is not a simple one but the grapes and wines that we produce today express the true essence of the land.”

On the other side of the arc of the Alps, in Austria, which is a perfect example of organic farming, the “Respekt” winegrowers group was founded in 2007 under the management of Fred Loimer from Langenlois. The group is completely dedicated to biodynamics. Amongst its 13 members are prominent names from the Austrian wine scene, such as Paul Achs, Judith Beck, Andreas Gesellmann, Gernot Heinrich, Hans and Anita Nittnaus, Bernhard Ott and Fritz Wieninger. Most of them can be found every year at ProWein - along with organic pioneers Christine and Nikolaus Saahs from Nikolaihof and Josef and Ilse Maier from Geyerhof.

“Green” wines are also on the rise in France. Eight percent of wine-growing land is already certified as organic. This has almost tripled over the last four years. Almost a third of organic winegrowing land is in Languedoc-Roussillon, but the Rhone Valley and Bordeaux have also had a strong increase recently. The two départements with the largest organic winegrowing areas today are Vaucluse and Gironde. With a percentage of 39.4 per cent, Southern Corsica is certainly furthest along with the organic changeover. In the North-East of France, in Alsace, a major change has taken place in the last ten years: An eighth of vineyards are now farmed organically, and the trend for biodynamics is also moving along between the Rhine and Vogesen.

“It is developing so strongly because people have become conscious of its positive effect on quality,” says pioneer André Ostertag from Epfig. For the future, he sees it as the “only alternative for agriculture.” The president of the Alsace Winegrowers Association, Remy Gresser, became committed to this economic system in 2004. With Olivier Humbrecht, Marcel Deiss, Jean-Pierre Frick, Marc Kreydenweiss, René Muré and Colette Faller with her daughters Cathérine and Laurence from the Domaine Weinbach, he is supported on the organic front by some prominent names.

200 kilometres south-west, in the Burgundy, one of the greats of the industry, in the form of the Weinhaus Joseph Drouhin, has been producing organic wines on its land in accordance with the “Ecocert” guidelines - but forgoing the relevant declaration. “More balance and more terroir,” certifies Frédéric Drouhin about his organic wines.

While it is true that 89 percent of the world’s certified organic winegrowing areas are in Europe, by far the largest single operation is located at the other side of the world, in Chile. Viña Emiliana, which belongs to the Concha y Toro Group, farms 630 hectares biodynamically with a further 370 hectares farmed using classic organic methods. In the Americas, very different dimensions apply.