In the autochthonous garden of Eden

Almost no other wine growing country offers such a wide variety of grapes and styles as Portugal – an insider's tip for discoverers.

They are called Rabo de Ovelha, Trajadura or Alvarinho, Trincadeira, Mourisco or Periquita, Touriga Nacional, Castalão and Tinta Roriz – and they stand for an ampelographic variety that barely exists anywhere else in the world. Portugal is home to over 500 different native varieties of grape. A total of 250 of these are used to produce wine, making this small country in the south western corner of Europe an autochthonous garden of Eden.

With its vineyard acreage totalling 239,000 hectares, Portugal occupies seventh place in the world, and with its annual production of six to seven million hectolitres, it comes in at eleventh place, behind Germany. The frequently unconventional wines that come from Lusitania, as the Romans called their then most western province, have not quite achieved their international breakthrough. Yet their fans are increasing in number all the time. "A giant is awakening in Portugal," explains world champion sommelier and Master of Wine Markus del Monego, "it has been sleeping for a long time, but has forgotten none of its expertise."

In fact, between the bathing paradise of the Algarve in the south and the border with Spain in the far cooler north, wines are produced that could not be more different. The sweet, fortified port wine from the Duoro valley, named after the country's second biggest city, dominated the vinological image of Portugal for all too long, after Marqués de Pombal established legal regulations for its production in 1756. Yet this has now changed. 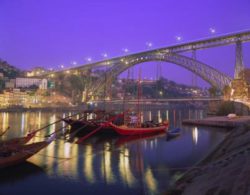 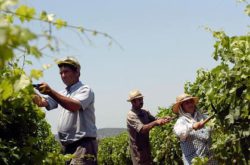 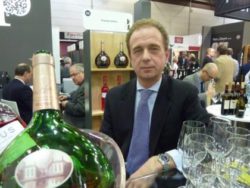 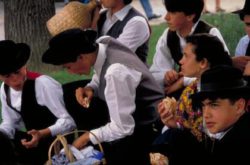 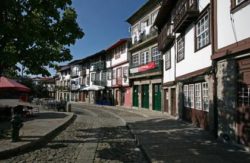 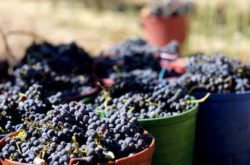 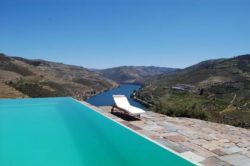 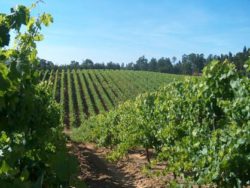 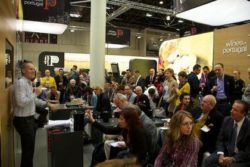 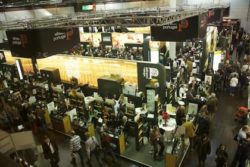 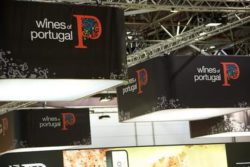 Since Portugal joined the EU in 1986, new cellar technologies have been introduced all over the 14 wine regions, helping many of the traditionally largely rustic, unaltered wines to gain more finesse, fruitiness and smoothness. The wines made in bygone times did not want for character either. The Portuguese are genuine champions when it comes to mixing different varieties of grape, also known as blending, and the grapes often grow in mixed cultures in the vineyards to this day.

The tradition of wine growing stretches way back into antiquity. The Phonecians, Greeks and Romans brought viticulture to the country. After many years of foreign rule by the Moors from the eighth to the twelfth century, it was primarily the Cistercians, who established more than a hundred monasteries in today's Portugal in the twelfth century alone, who brought about the revival.

With the earnings from wine growing and agriculture, a merchant fleet was built which proved to be the foundation stone for the later Portuguese empire. Wine growing has remained an exceptionally important economic factor ever since: It remains the livelihood for 15 per cent of the population of Portugal.

Within the 31 controlled designations of origin (DOC) and the 14 table wine regions (IGP), a huge variety prevails. Vinho Verde from the cooler and lushly green north west is light, mineral and fresh, with a low alcohol content, and often carbonated a little. Trás-os-Montes ('behind the mountains') yields light, fruity white and red wines, while the Douro valley has not just been talked of as the home of port for some years, it has also generated world-wide enthusiasm with its dry, highly concentrated and very sophisticated red wines; some white wine is also produced there. 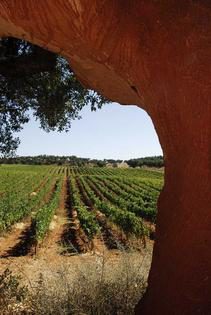 Those who have visited one of the many Quintas in the Douro valley, and who have enjoyed the views over the narrow river bends and breathtakingly steeply terraced vineyards, will know why the valley, with its unique cultural landscape, has been a Unesco World Heritage Site since 1996. Only the Mosel valley in Germany can hold a candle to it. There, as well, the grape vines grow around barren slate.

And yet Portugal has still a number of additional vinological discoveries to offer: The tradition rich DOC Dão, for instance, which stands for balanced wines with clear mineral acidity, full of flavour, character and intensity; the Bairrada region, which is more influenced by the Atlantic, in which the earthy Baga grape dominates, and ensures very long lived wines; the area around Lisbon which is home to nine different DOCs, some of which are very small; the Tejo region, the Setúbal peninsular south of the river estuary, which is known for its impressive sweet wines, and the sun-kissed Alentejo, which has recently not only produced straightforward, velvety red wines, but also an increasing variety of masterpieces which are also finding use in international varieties such as Syrah. An insider's tip: The liqueur wines from the Azores and Madeira are in a class of their own.

The Portuguese have happily doubled their exports to the German market over the past decade, albeit at a somewhat uneven rate: The pinnacle that was achieved in the year of the European Football Championships in 2004 with 16 million litres was followed by a drop to 11.2 million litres the next year – the 2004 level has now been exceeded though. According to the German Office for Statistics, in 2012, 16.9 million hectolitres were exported from Portugal to Germany. And in the first half of 2013, red and Rosé wines, which account for two thirds of the production, recorded a further increase of 6.8 per cent, and white wines saw an impressive 9.1 per cent rise.

Wine journalist and expert on Portugal David Schwarzwälder is convinced that thanks to its relatively cool climate and huge variety of terroirs, the small country in the south west corner of Europe still has enormous future potential for high quality wines: "Portugal stands for styles of wine which are, to a certain extent, far from the mainstream, and therefore offer a high degree of individuality."

Together with other specialists, such as sommelier and author Christina Fischer, British Master of Wine Tim Atkin, port wine specialist Axel Probst and Gault Millau sommelier of the year 2013 Thomas Sommer, in tasting sessions at ProWein 2013, Schwarzwälder brought visitors closer to the vinological variety of Lusitania.

"Wines of Portugal," the country's merchandising association which was founded in 1997, has long since joined other major exhibitors to attend the world's leading trade fair for the wine business in Düsseldorf. More than 250 producers, with 137 of them in the "Wines of Portugal" group, attended the event last March, presenting their products in Hall 2, and were satisfied with the results they achieved. Fernando da Cunha Guedes, Executive Director of leading company Sogrape: "Taking part in ProWein is not only very productive for our business, we have also been able to make many professional contacts there and sign contracts. Our key dealers all come to Düsseldorf." "Wines of Portugal" are once again set to attend the ProWein trade fair in a big way in 2014.

Traditionally, in the region between Algarve and Tras-os-Montes, wine production was mostly in the hands of the big land owners. The farmers provided the grapes and would traditionally stamp them down with their feet. Some of the basins they used for this task – the "Lagares" – still exist to this day. Modern technology is largely responsible for the gentle pulping of the grapes nowadays, however.

The tradition sometimes celebrates an informal revival however, like it did in September 2013, when the directors of leading local port wine producers came together in the Douro valley before the media to stamp their different varieties of grape for a good cause, creating a unique port wine produced in one vintage only. The project, the proceeds of which are going to help disadvantaged children in the Douro valley, was called 'O-Port-Unidade'. An amusing play on words.

Dirk van der Niepoort, in whose Lagar the grapes were stamped, is one of the founders of the 'Douro Boys', who with tastings, seminars and presentations, began to show the world how exceptional dry red and white wines grow in the Douro valley. Along with Niepport, the members include the Quinta do Vale Dona Maria, Quinta do Crasto, Quinta do Vale Meão and Quinta do Vallado. And groups of winegrowers such as the 'Independent Winegrowers' Association', the Grupo dos Sete G7, and the A9 association-cooperation are also working together in other parts of Portugal to better market their products abroad, and to ensure that Portuguese wine gains the acclaim that it deserves.

Paulo Amorim, the longstanding president of G7 and twice "Winemaker of the Year" is convinced: "Portugal's wines are set for international fame. We produce superbly balanced and elegant wines which are finding more and more fans all over the world."

And Amorim is not the only one who sees tourism as presenting a superb opportunity for Portuguese producers. In addition to its sun, sea, and sand, Portugal can offer an increasing variety of top restaurants, spas, cultural distractions, signposted wine routes and attractive country towns, such as Guimarães, situated in the north of the country, the European capital of culture in 2012 and Portugal's cradle of civilisation. 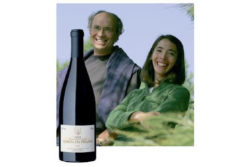 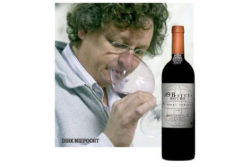 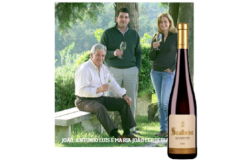 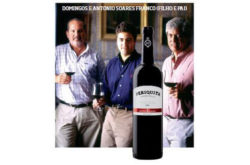 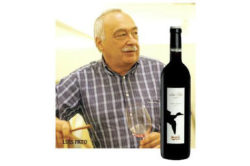 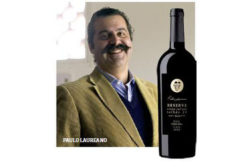 Many tourists make use of their holidays in the south western corner of Europe to visit the lesser known wine estates, making thrilling discoveries. And it is also worth remembering that Portugal is home to around 3,000 bottling firms. Star winegrowers such as Alvaro de Castro from the Dão region, the Casa Ferreirinha with its cult wine Barca Velha, Alexandre Relvas and Paulo Laureano from the Alentejo in the south, Luis Cerdeira with his mineral Alvarinhos from Monção / Melgaço, Luis Pato as "Grand master" of the Baga grape, Domingos Alves de Sousa from the Douro valley or Domingos and Antonio Soares, who produce the acclaimed brand wine Periquita on the Setúbal peninsula, as well as white wine from 208 varieties of grape and a red wine from 157 – they all represent the incredible variety of the Lusitania spectrum of wine.

Happily 2013 yielded an above average harvest of 6.7 million hectolitres, after just 5.5 million the year before. In the south especially, in the Alentejo and in the Algarve region, winegrowers had reason to be happy, yet in the north, in the Douro valley and in the Vinho Verde region, quantity and quality also came together. The conditions for the further rise of Portuguese wine are therefore provided. Now, all that is needed is to make global consumers a little more aware of them all over the world. And ProWein 2014 enables professionals to gain an up-to-date overview of what is now on offer.